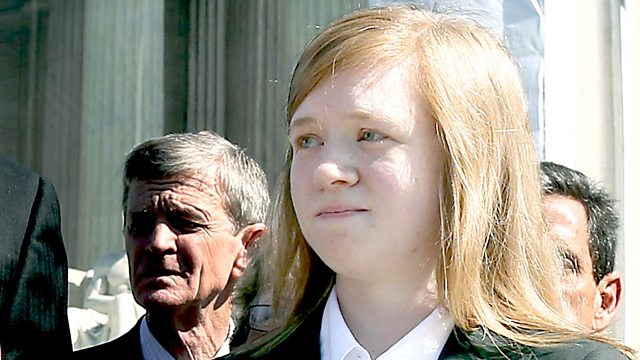 Positively Flawed? Affirmative Action and the Future of America

Gary Younge explores the future of affirmative action in the USA at the University of Texas, which is facing a challenge against its race-conscious admissions procedure.

When Abigail Fisher lost out on a place at university, she believed she had been judged on the basis of her skin colour. She applied to the University of Texas at Austin which, like many universities across the United States, takes race into account as part of its admissions policy. Soon the Supreme Court of the United States will decide whether UT Austin discriminated against her because she's white. Their decision is likely to have major repercussions - not just for university admissions policies, but for the future of race relations in America.

At the UT Austin campus, Gary Younge meets staff and students and asks what the future holds for affirmative action. President Lyndon Johnson kick-started the policy almost half a century ago to address the legacy of slavery and segregation. Has it worked and is it still relevant today?

It's a debate that goes to the heart of the American dream: the idea that, no matter who you are or what you look like, if you work hard you can achieve anything. Is affirmative action a sign of a country determined to make that dream real, or is it doing the opposite?

Producer: Peggy Sutton
A Somethin' Else production for BBC Radio 4.

See all clips from Positively Flawed? Affirmative Action and the Future of America (2)