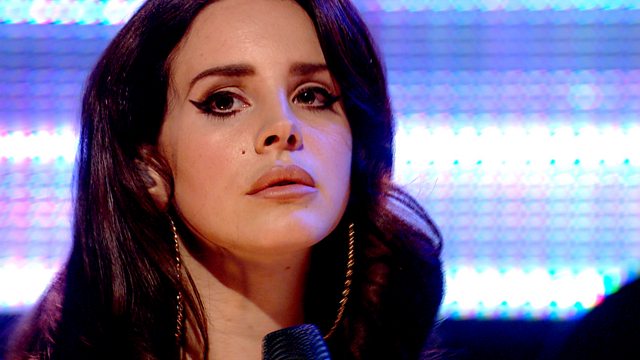 In the last show to be filmed at BBC TV centre after 20 years of performances, Jools is joined by Lana Del Rey, Palma Violets, Nona Hendryx, The Weeknd and Soul II Soul.

Joining Jools in the last show to be filmed at BBC TV centre after 20 years of performances is Lana Del Rey. After making her UK TV debut on the show in October 2011, she has gone on to be one of the biggest-selling female acts of this year with her Born To Die album, from which she will be performing tracks from the expanded Paradise Edition.

Barely a year old, Rough Trade's Lambeth-based foursome Palma Violets are also joining the show for their TV debut. Soul legend and Labelle genius Nona Hendryx is in the studio too with tunes from her recent Mutatis Mutandis release. Canadian Abel Tesfaye, aka The Weeknd, is making his UK and worldwide TV debut with a performance of his spooked-out R 'n' B sound. And from Chichester, 21-year-old singer, songwriter and pianist Tom Odell also makes his TV debut on the show.

There's also British soul and dance revue Soul II Soul with leader Jazzie B and vocalist Caron Wheeler reunited with classic hits like Back To Life from their late 80s heyday, and singer-songwriter Tift Merritt from North Carolina with songs from her beautifully crafted Traveling Alone album, reminiscent of the best work of Emmylou Harris and Mary Chapin Carpenter.