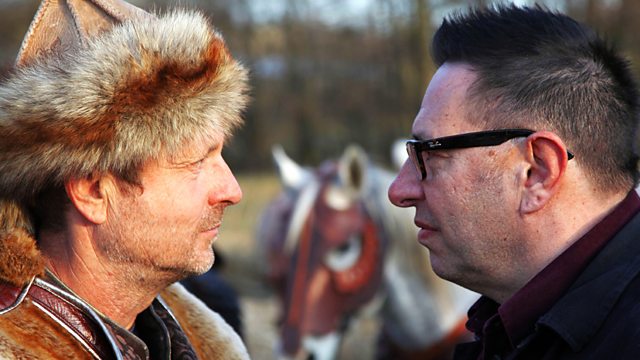 What the Barbarians Did for Us

The Dark Ages: An Age of Light
Episode 2 of 4

Focusing on the Huns, Vandals and Goths, Waldemar Januszczak follows each tribe's European journey and discovers the art they produced along the way.

Waldemar Januszczak disagrees. In this four-part series, he argues that the Dark Ages were a time of great artistic achievement, with new ideas and religions provoking new artistic adventures. He embarks on a fascinating trip across Europe, Africa and Asia, visits the world's most famous collections and discovers hidden artistic gems, all to prove that the Dark Ages were actually an 'Age of Light'.

The 'Barbarians' are often blamed for the collapse of the Roman Empire, but in reality they were fascinating civilisations that produced magnificent art. Focusing on the Huns, Vandals and Goths, Waldemar follows each tribe's journey across Europe and discovers the incredible art they produced along the way.

The Clash of the Gods

The Wonder of Islam