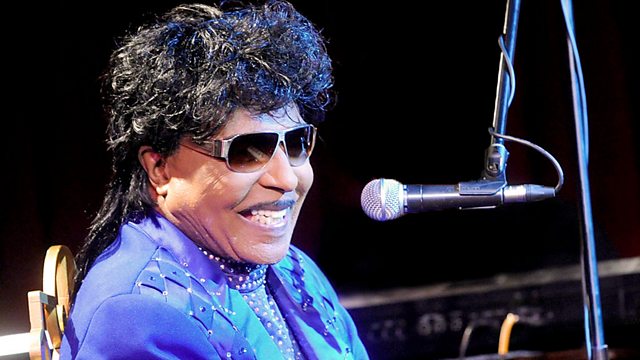 Richard is one of the most outrageous performers in the history rock music and has been a major influence on generations of musicians, from The Beatles onwards.
Little Richard has always claimed to be "the architect of rock and roll", and history would seem to bear out his boast.
As Bob Dylan said: "It doesn't get much better than A Whop Bop A Lua - A Whop Bam Boom. That's the pure essence of rock 'n' roll right there in that one line".
The man who grew up in a very religious family as just plain Richard Penniman began performing on stage in 1945, incorporating the high energy antics of preachers he witnessed in his local Pentecostal churches in to his stage routine.
When rock 'n' roll exploded in the 50s Little Richard led the way with his over-the-top gospel-style singing, with moans and screams, accompanied by a combination of boogie-woogie and rhythm & blues. His frantically charged piano playing and raspy, shouted vocals on such classics as Tutti Frutti, Long Tall Sally and Good Golly, Miss Molly defined the dynamic sound of rock 'n' roll.
This new music, which included an original injection of funk into the rock 'n' roll beat, inspired many of the greatest recording artists that followed. Paul McCartney said that he idolized Little Richard when he was in school and always wanted to sing like him, while Mick Jagger called him "the originator" and "my first idol."
Bob Dylan performed Little Richard songs on piano as a schoolboy in his first band and declared in his high school yearbook in 1959 that his ambition was "to join Little Richard".