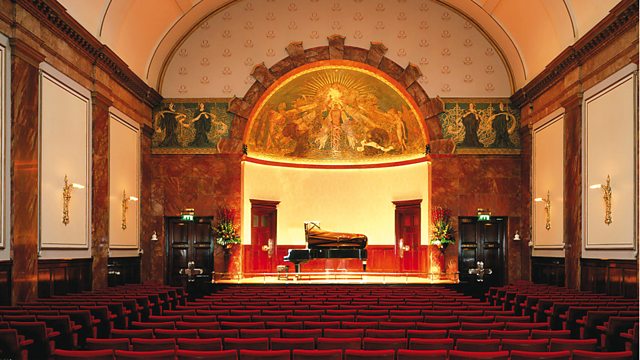 Schubert: Rondo in B minor D895

Since his debut at the age of 14 with the Philadelphia Orchestra under Riccardo Muti, Joshua Bell has been at the forefront of American violinists. His real passion for nineteenth-centiry chamber music is evident in the first half, with the comparatively rarely-heard Schubert Rondo in B minor, and the Violin Sonata that Richard Strauss composed around 1888, after he had fallen in love with his future wife Pauline de Ahna. Prokofiev's Second Violin Sonata is a wartime piece, composed in 1942 for flute, and rearranged for violin the following year - betraying nothing of the events of the time, it is lyrical, elegant and classical. We are promised some extra pieces to be announced from the stage.