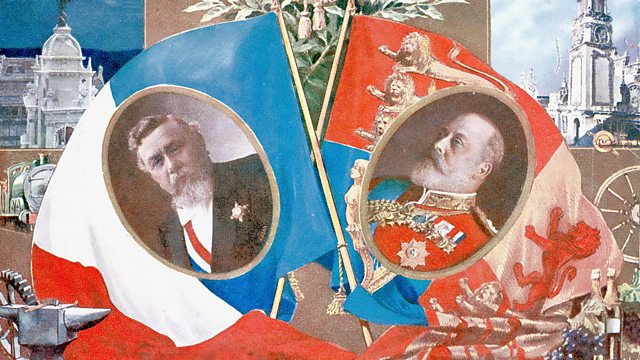 Words and music on the theme of Entente Cordiale with readers Rachel Atkins and Jamie Parker. Includes Swinburne, Proust and Barnes, plus Delius, Vaughan Williams and Francaix.

In 1904 Britain and France signed the Entente Cordiale - the formal agreement establishing a special relationship between the two countries. The agreement put in writing something that had existed informally for centuries: a deep cultural understanding, witnessed in the exchange of ideas, music and literature. And despite periods of great turbulence, such as the Napoleonic Wars, Britain and France remained close.

This week's edition of Words and Music sails the English Channel to give expression to this special relationship with music from Delius, Vaughan Williams and Francaix; and words by Swinburne, Proust, Elizabeth David and Julian Barnes. The readers are Rachel Atkins and Jamie Parker.