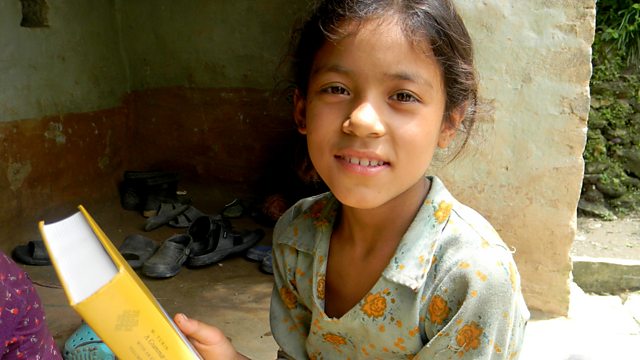 Our Language in Your Hands
Episode 1 of 3

4 Extra Debut. Mark Turin investigates Nepal with its 100 or so languages, many spoken for generations and now facing extinction. From December 2012.

Landlocked and mountainous Nepal is home to over 100 languages, many of which are now endangered. Languages spoken for generations may soon be extinct. Anthropologist and linguist Dr Mark Turin has spent years talking to the last speakers of languages under threat, and now he returns to the Himalayas to show us how communities are preserving and even reviving their speech forms, as well as what will be lost when languages die out.

Mark travels to the mountains of Eastern Nepal, where Thangmi is now spoken by only a few thousand people. Like many other languages that are at risk, Thangmi is a mine of unique indigenous terms for flora and fauna that have medical and ritual value. When people switch to speaking another language, traditional knowledge about man's place in nature falls into disuse. With the death of the last speaker, these unique ways of seeing the world can be lost forever.

Mark has lived with the Thangmi community for years, and speaks their ancestral language. Thangmi, whose speakers live in a highly mountainous region, has four distinct verbs that equate with the English verb 'to come', including yusa 'to come from above (down the mountain)' and wangsa 'to come from below (or up the mountain)'. Languages, like species, adapt to and reflect their environment.

Through these windows into the world of Thangmi speakers, and in discussions with language activists and educators across Nepal, Mark explores the enduring relationship between language, culture and identity and explains why it's so critical for linguists to work with indigenous communities to document and protect these vanishing voices before they disappear without record.

See all episodes from Our Language in Your Hands