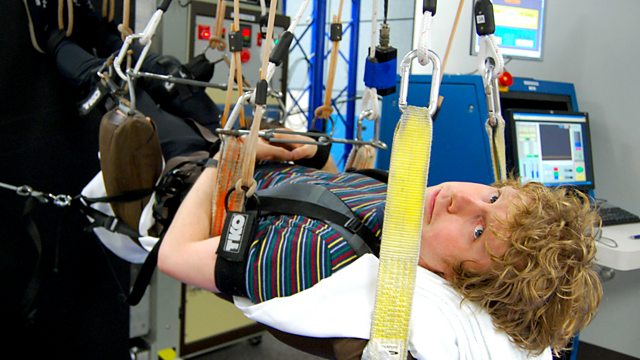 Comedian Josh Widdecombe joins Dara and the team of experts to take a peek into mankind's final frontier - space.

In the fourth episode of this new six-part science series, Dara O Briain and his crack team of experts take a peek into man's final frontier - space.

Science journalist Alok Jha asks whether it is a good idea for humans to reach out to extra-terrestrials and oceanographer Helen Czerski comes face to face with extreme radiation, energy so deadly it could seriously curtail humans travelling further than the solar system. Plus special guest Josh Widdecombe visits NASA in Houston to find out the challenges we face to get humans to Mars and materials scientist Mark Miodownik takes apart a space suit.

Combining lively and in-depth studio discussion, with exploratory films and on-the-spot reports, Dara O Briain's Science Club takes a single subject each week and examines it from lots of different and unexpected angles from sex to extinction, Einstein to space exploration and brain chemistry to music. It brings some of the world's foremost thinkers together to share their ideas on everything, from how to avoid asteroid impact to whether or not we are still evolving.

See all clips from Space (3)

As well as insights and photos from the production team, guest expert Rob Coppinger was on hand to answer your questions about astronomy and space travel.

Space suit technology has continued to evolve in the decades since Neil Armstrong first set foot on the Moon. Find out about the key components that keep today's astronauts alive.

Read the article at BBC News

Dara's guest expert for Episode 4 is a Professor of Cosmology and Astrophysics at the University of Cambridge, and holds the honorary title of Astronomer Royal.

Why does a magnetised needle face north? 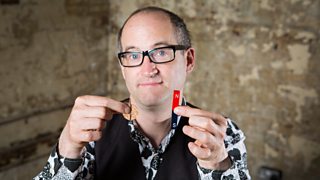 Mark demonstrates how to magnetise a needle in order to create your own working compass.