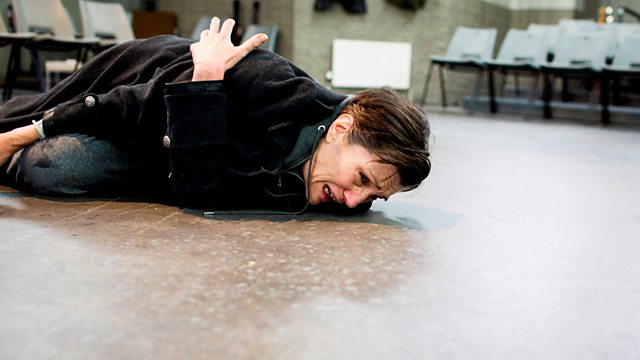 With a review of an all-female production of Julius Caesar starring Harriet Walter, Fiona Shaw on cross-casting and Tim Pat Coogan on Britain's role in the Irish famine.

Susannah Clapp reviews the all female production of Julius Caesar at the Donmar Warehouse, London. Phylida Lloyd sets Shakespeare's drama of conspiracy and revenge in a women's prison and it stars Harriet Walter and Frances Barber.

Samira Ahmed hosts a discussion about cross casting with Fiona Shaw and Carol Rutter as the all female production of Julius Caesar opens at the Donmar Warehouse. Susannah Clapp delivers a first night review of Shakespeare's play of revenge and conspiracy which stars Harriet Walter and Frances Barber.

Tim Pat Coogan talks about his new book and what he sees as the role of Britain in the Irish Potato Famine of 1845. He argues for a culpability far beyond negligence and maintains that this catastrophe for Ireland was one of the earliest examples of ethnic cleansing.

There's a discussion about the role of violence in Buddhist history and traditions and Samira meets two up and coming Brazilian writers: Michel Laub and Tatiana Salem Levy.

Julius Caesar with an all-female company, directed by Phyllida Lloyd is on at the Donmar Warehouse, London until Saturday 9 February 2013.