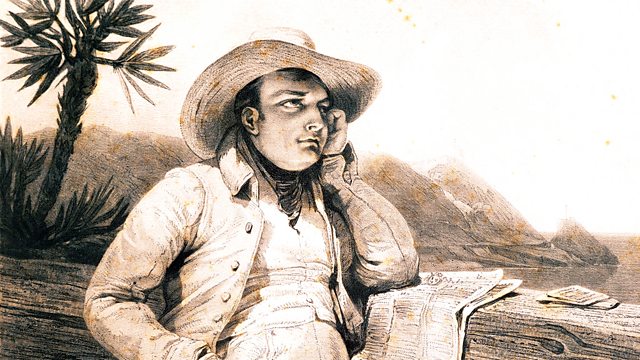 The Essay Napoleon and Me
Episode 1 of 5

In a series on people's personal links to areas of Napoleon's life, author Julia Blackburn recalls looking for the ghost of Napoleon on St Helena, the island where he died in exile.

Julia Blackburn tells an extraordinary tale of sleuthing for the ghost of Napoleon on St Helena, his last island and his final unsought home.

The first of five essays as part of BBC Radio 3's 2012 Napoleon Season, marking two hundred years since his historic retreat from Moscow.

Julia had long wanted to write about Napoleon's final days. She set off for St Helena and Longwood House - the Emperor's last home prison - and tried to enlist the support of two official parties. She contacted the British Governor of the island and the French Consul who took responsibility for what became a tiny piece of France after the Emperor's death. Neither bothered to reply so Julia was forced to seek answers by exploring other paths back into the life of Napoleon's last days on St Helena. A lonely giant tortoise came to her rescue along with some other human inhabitants of the island - or Saints as they call themselves.