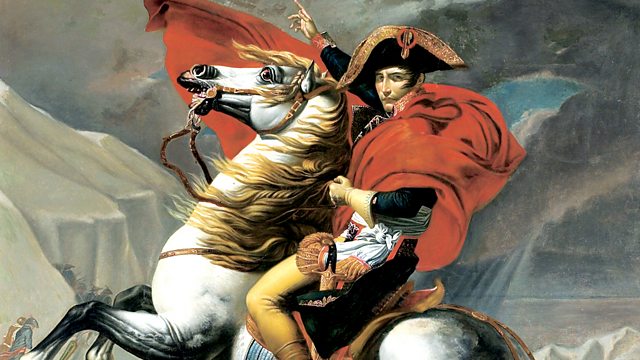 Sunday Feature On Napoleon
Episode 1 of 3

Rosamund Bartlett, translator of Russian novels and biographer of Tolstoy, investigates the truth and the fiction of War and Peace, one of the most famous novels of all time.

Two hundred years ago in 1812 Napoleon led his army to Moscow. In War and Peace Tolstoy gave his account of the great invasion, the battle of Borodino, and the subsequent burning of Moscow. Rosamund Bartlett, translator of Russian novels and biographer of Tolstoy investigates the truth and the fiction of one of the most famous novels of all time.

The first of three programmes for Radio 3's Napoleon season which explores why great artists of the nineteenth century took the French military leader, reformer and dictator as the subject for their renowned works. Later the series explores the Napoleon of Stendhal and Byron.

Tolstoy believed that Napoleon and the Russian commander Kutuzov were no more significant in deciding the outcome of events than any one of the thousands of ordinary soldiers who slogged their way across Europe to fight or who defended their motherland as best they could. With reports by the Russian novelist Zinovy Zinik from the battlefied at Borodino and at Tolstoy's country estate at Yasnaya Polyana, Rosamund Bartlett tells how Tolstoy took up the story of what became known as the first great patriotic war in Russia and shaped it in his own way - a version of events that nonetheless has endured over time and become in many people's minds the truth of 1812.