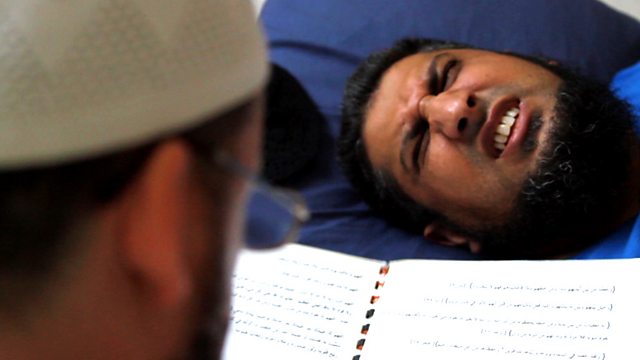 New research by Warwick University has highlighted the problem of British Asians blaming the supernatural for mental health problems.

Medical staff, psychiatrists and the criminal justice system are increasingly having to understand the belief in spiritual possession. New research has highlighted the problem within the British Asian community of blaming the supernatural for mental health problems and it comes at the same time that four members of the same family are found guilty of murdering a young woman they argued was possessed. BBC Asian Network journalist Catrin Nye explores why exorcists are treating serious illness, and murder is explained away by possession.

See all clips from Possession, Jinn and Britain's Backstreet Exorcists (2)