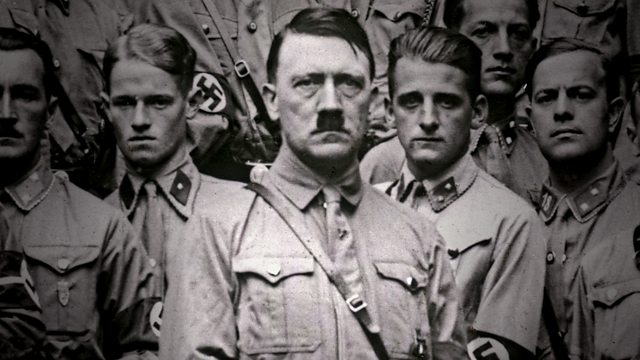 The Dark Charisma of Adolf Hitler
Episode 1 of 3

Adolf Hitler seemed an unlikely leader, yet was once loved by millions. How was this possible, and what role did Hitler's alleged 'charisma' play in his success?

Adolf Hitler seemed an unlikely leader - fuelled by anger, incapable of forming normal human relationships and unwilling to debate political issues. Such was the depth of his hatred that he would become a war criminal arguably without precedent in history.

Yet this strange character was once loved by millions. How was this possible, and what role did Hitler's alleged 'charisma' play in his success?

With the help of testimony from those who lived through those times, film archive - including colour home movies - and specially-shot documentary footage, this film reveals how Hitler managed to turn from a nobody in 1913 - someone thought 'peculiar' - into the chancellor and fuhrer of the German people.

This is the first episode in a three-part series written and produced by Laurence Rees, who won a BAFTA for his previous series Nazis: A Warning from History and a Grierson Award for his Auschwitz: The Nazis and the 'Final Solution'.

See all episodes from The Dark Charisma of Adolf Hitler