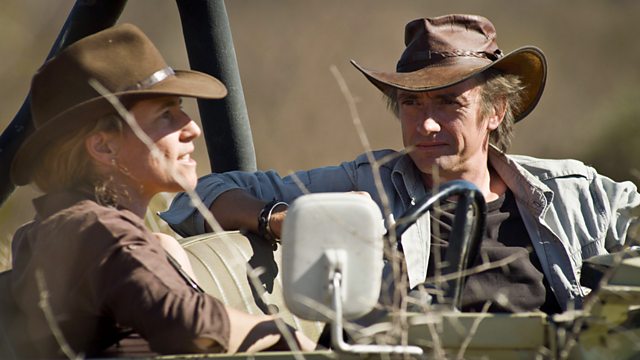 Documentary series. Richard discovers how animal super-senses have inspired unlikely human inventions, as he gets buried in a gold mine and talks to a rattlesnake.

Richard Hammond continues his exploration of weird and wonderful animal abilities by focusing on super-senses, and discovers how those same animal senses have inspired some unlikely human inventions.

Richard gets buried in a Californian gold mine, attempts to talk to a rattlesnake by telephone, and is taken for a ride by a monster truck that drives itself. Along the way, he encounters elephants who can talk to each other through solid rock; seals who use their whiskers to sense the shape, size, speed and direction of an object that passed over thirty seconds earlier; and a blind cyclist who relies on fruit bats to get him safely down a twisting mountain bike trail.

See all episodes from Richard Hammond's Miracles of Nature

See all clips from Super-Senses (2)