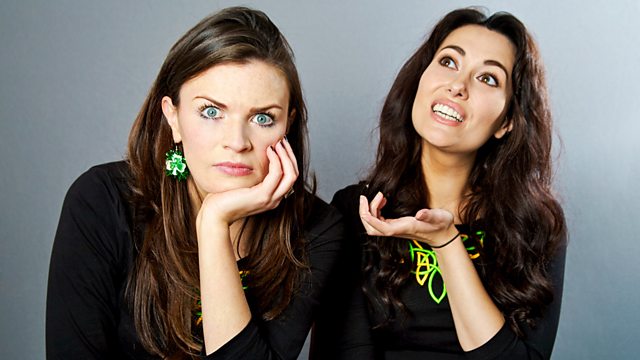 Writers and performers Aisling Bea and Yasmine Akram bring some of Ireland's most popular folklore to life. From November 2012.

Aisling Bea and Yasmine Akram become Ais and Yaz and are the very best pals. They are taking their role as Ireland's freshest story-tellers to the British nation very seriously indeed but they haven't had the time to do much research, learn their lines or work out who is doing which parts.

The girls' unconventional way of telling stories involves a concoction of thoroughly inappropriate modern-day metaphors and references to many of the ancient Irish stories.

With a natural knack for both comedy and character voices Yasmine Akram and Aisling Bea will bring you warm, modern re-workings of popular ancient Irish stories.

Today it's Children of Lir.

Written and performed by Aisling Bea and Yasmine Akram.

See all episodes from Irish Micks and Legends