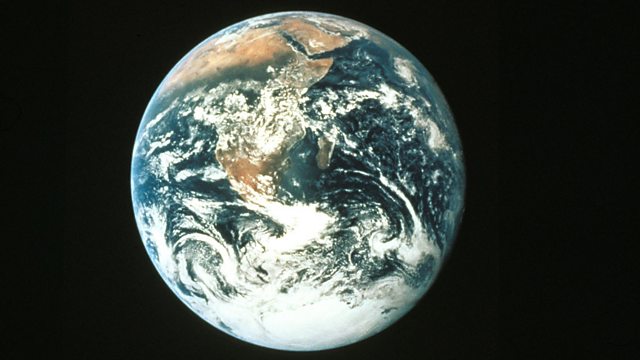 Human impact on the planet is so profound that Earth scientists say a new geological time period is being launched. Gaia Vince explores the Anthropocene, the age mankind is making.

Humanity's impact on the Earth is so profound that we're creating a new geological time period. Geologists have named the age we're making the Anthropocene. The changes we're making to the atmosphere, oceans, landscape and living things will leap out of the rocks forming today to Earth scientists of the far future, as clearly as the giant meteorite that ended the Age of the Dinosaurs does to today's researchers.

Science writer Gaia Vince looks at the impact of these planetary transformations from the perspective of geological time. When was the last time comparable events happened in Earth history, and are what are the key marks we're making on the planet that define the Anthropocene?

Gaia explores the distinctive fossil record we will leave behind on the planet. Leading biologists and palaeontologists say this that will mark out the Anthropocene as a distinctive chapter in Earth history - on a par with the evidence of the mass extinction which took out the dinosaurs and launched a geological era 65 million years ago. "This time, we are the asteroid," says Berkeley's Antony Barnosky. Extinction rates around the world are approaching those estimated for times in the deep past when most species became extinct.

Far future fossil hunters may also discover a weirdly large number of large-sized fossil mammal species bones in the rocks of our times. Even more unnaturally, they come from just a tiny handful of species and they will be in the strata across every continent- a geological representation of billions of domestic livestock and the billions of people they fed.

Some of our cities may also be preserved as 'artificial' layers of rock in the geological record. They will be like no other strata before in the history of the Earth. But what would a fossilised metropolis - with its concrete and glass buildings and underground train tunnels and sewers - look like in ten million years?

Why do women live longer than men?