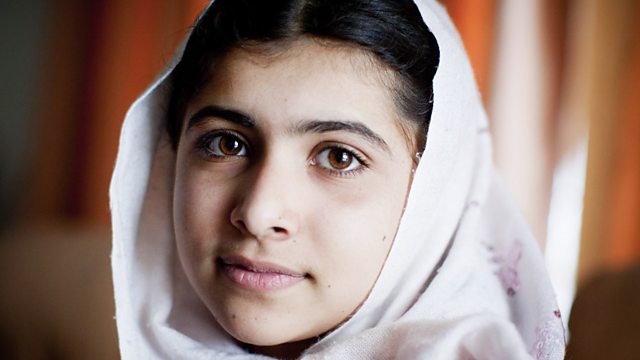 Pakistani schoolgirl Malala Yousafzai was shot by the Taliban for campaigning for girls' education. As she recovers in hospital, British schoolgirls read aloud from her blog.

The Pakistani schoolgirl, Malala Yousafzai, was shot in the head by the Taliban for campaigning for girls' education. Her protests began with the publication in 2009, on the BBC's Urdu website, of a blog describing her everyday life and efforts to continue with her education. She only actually recorded one short extract of this in English, but as she recovers in a Birmingham hospital, local British schoolgirls read aloud from the entire blog as a gesture of solidarity.

Meanwhile, Aasmah Mir reports on Malala's progress and explores the impact of this event on the lives of girls and women in Pakistan.