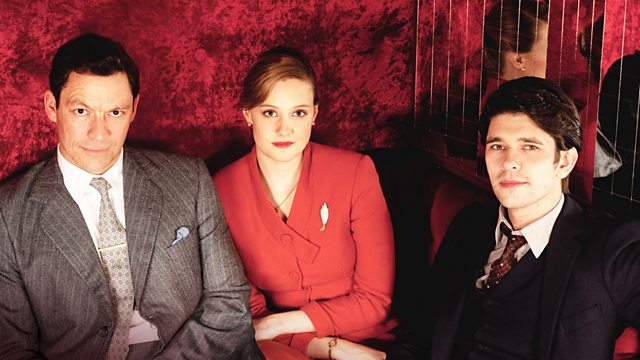 A Bigger Splash; The Hour returns; photography from the Middle East

Mark Lawson reports on Tate Modern exhibition A Bigger Splash, plus the verdict on the TV return of The Hour, photography from the Middle East, and a new play about Edward Thomas.

This week sees the return of The Hour, the drama set in a TV newsroom in the 1950s. The series picks up where the last one left off with ambitious producer Bel, played by Romola Garai, attempting to keep Dominic West's newsreader Hector in check, with a little help from Peter Capaldi as the new head of news. Former Deputy Director of BBC News Mark Damazer gives his verdict.

A new Tate Modern exhibition takes David Hockney's A Bigger Splash and Jackson Pollock's action painting Summertime as its starting point, and surveys modern art movements which claimed that the making of art is as important as the art itself, whether it's Yves Klein painting nude models blue and imprinting their figures on rolls of paper or Niki De Saint Phalle shooting her paintings with air rifles. Lionel Shriver delivers her verdict.

Dramatist Nick Dear's new play is the story of poet Edward Thomas, scraping a living in the Hampshire countryside in the winter of 1913. He meets the American poet Robert Frost and as their friendship blossoms, so does Thomas's work. Nick Dear and director Richard Eyre discuss the play, The Dark Earth and the Light Sky, and its approach to biography.

Light from the Middle East at the Victoria and Albert Museum in London is the first major UK museum exhibition of contemporary photography from the region, spanning North Africa to Central Asia. It includes a series of images of Mecca, which on closer inspection are of architect's models of the city; photojournalism from the streets of Kabul and portraits of professional women in Saudia Arabia. Shahidha Bari reviews.