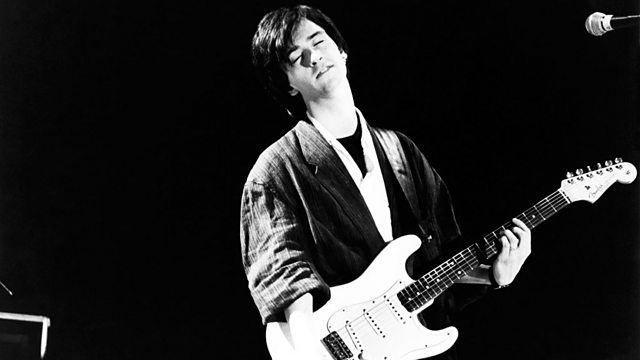 The Smiths' Strangeways, Here We Come

Stuart Maconie examines Strangeways, Here We Come, released in 1987, which turned out to be the last LP by The Smiths. From November 2012.

In the summer of 1987 Britain's best loved indie band abruptly came to end when guitarist Johnny Marr sensationally quit. The Morrissey/Marr partnership that had produced such a wealth of finely crafted pop tunes was over, just weeks after the group finished recording their fourth album, "Strangeways, Here We Come." Since then, all four band members have separately pronounced the LP as their best work. Bass player Andy Rourke and drummer Mike Joyce also claim that, at the time, they were blissfully unaware of any conflict. So what happened?
In this final part of the Swansong series, Stuart Maconie examines the circumstances surrounding the final recording by The Smiths, revealing the reasons behind one of the most famous breakups in British pop history. With new interviews from Mike Joyce, Andy Rourke and producer Stephen Street and contributions from music journalist Sian Pattenden and Morrissey biographer Simon Goddard.

See all episodes from Swansong