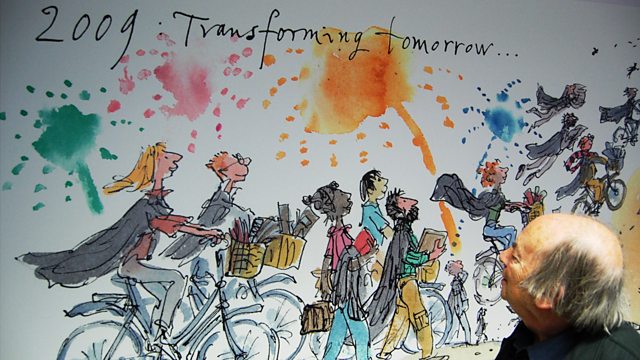 Illustrator Quentin Blake reflects on his career as he approaches 80, Laurence Rees considers the dark charisma of Adolf Hitler, plus Anya Reiss on Chekhov's The Seagull.

Quentin Blake is known for his illustrations of books by Roald Dahl and Michael Rosen, as well as his work as a writer and an exhibiting artist. In his 80th year and as he publishes a new book of drawings, he reflects on how the breadth of his work, from children's books to hospital wards, makes him one of Britain's most recognized artists.

Dramatist Anya Reiss, who was a teenager when her first play ran in 2010 at the Royal Court in London, has now adapted Chekhov's The Seagull. She and actor Matthew Kelly, who stars in the production, discuss the new version, and reveal why one of the play's most famous lines has disappeared.

A new TV series examines how Adolf Hitler managed to persuade millions of people to support his vision for Europe that led to the deaths of 60 million people. Historian and documentary maker Laurence Rees is the writer and producer of The Dark Charisma of Adolf Hitler, and he explains his theories.

Jeff Wayne; The Orphan of Zhao

A Bigger Splash; The Hour returns; photography from the Middle East

Matthew Kelly in The Seagull