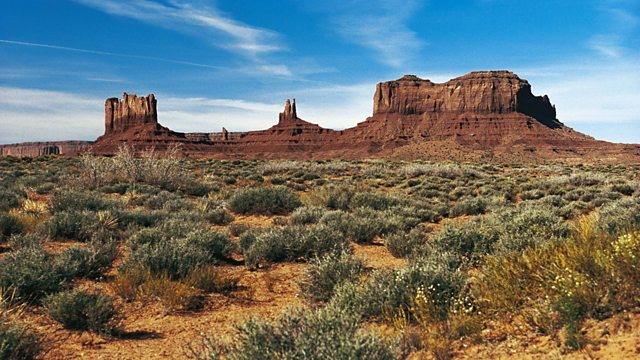 Rich Hall goes in search of the real American Indian, a people who have too often been stereotyped on film and in literature, visiting reservations to meet elders and activists.

Comedian Rich Hall goes in search of the real American Indian, a people who have too often been stereotyped. This image portrayed through cinema and literature is not a true representation of the Native American, giving Rich the opportunity to redress the balance.

With the help of a Native American, Dallas Goldtooth, Rich explores a different idea of what the American Indian is and what life is like for them today. He not only questions the screen image of the 'savage Indian' in films such as Soldier Blue, Stagecoach and A Man Called Horse, but looks at the written one, through literature such as The Last of the Mohicans, Black Elk Speaks and Bury My Heart at Wounded Knee.

The programme takes Rich from the Navajo Reservation in Arizona to the Pine Ridge Reservation of South Dakota and incorporates interviews with tribal elders and activists, archive clips of some of cinema's finest films, historical photographs and footage, all brought together with Rich's customary wit and intelligence.

A documentary which uncovers the truth about the American Indian and gives us a different perspective on the people who set foot on American soil first.