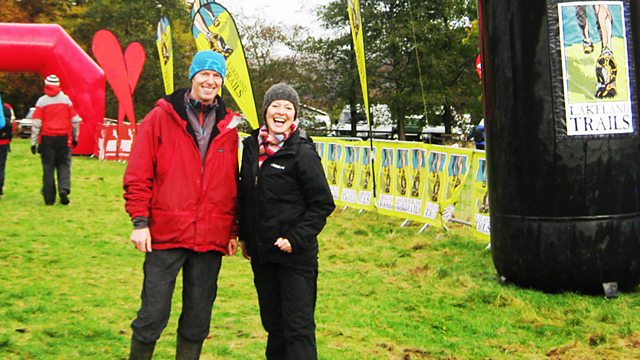 Helen Mark goes in search of adventure in the Lake District, now a very different experience to that which Arthur Ransome wrote about in Swallows and Amazons, over 80 years ago.

Over 80 years after the publication of 'Swallows and Amazons', Helen Mark visits the Lake District to find out why the lakes and landscapes that inspired some of Arthur Ransome's most famous stories are now the setting for a variety of different and often more daring adventures. From trails to triathlons, ghyll scrambling to zorbing and aqua rolling, there is now something for everyone to be found on the Lakeland fells.

On the lower slopes of Helvellyn, around 1200 people prepare to take part in a trail run designed to test and exhilarate them as they make their way through some of the most dramatic views that Lakeland has to offer. Helen meets the organiser, Graham Patten, to find out more about the people who travel miles to take part and also why the National Park is so keen to promote the area as the UK's Adventure Capital. It's a far cry from the more genteel adventures of sailing, camping and fishing experienced by the Walker children, John, Susan, Titty and Roger, who Arthur Ransome wrote about.

Out on Coniston water Arthur's cousin, Richard Ransome, tells Helen how his own childhood, growing up in the area, was very like something from his cousin's books and how he feels that the magic element of imagination seems to be missing from the adventures of today. Helen is given a demonstration of ghyl scrambling by a group of adventurers who describe the thrill this gives them. And finally, Helen meets John Nettleton and Jenny Massie, whose own adventures climbing and running on the screes and fells of this landscape began at a time when they almost had their own bit of Lakeland to themselves.