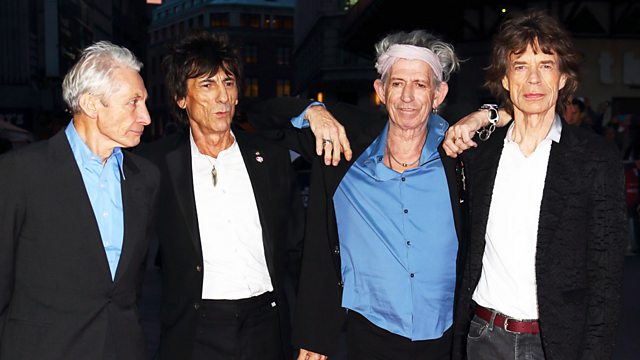 The Rolling Stones in conversation with John Wilson

John Wilson talks to Mick Jagger, Keith Richards, Charlie Watts and Ronnie Wood about life in the Rolling Stones, their early interest in the blues and their return to the stage.

Mick Jagger, Keith Richards, Charlie Watts and Ronnie Wood reflect on life in The Rolling Stones, as they prepare to return to the stage next month.

It's now 50 years since the band's first performance, and they discuss at their early shared love of the blues, the experience of rehearsing and performing, and the future.

Director Michael Haneke; how to cry on stage; Full English