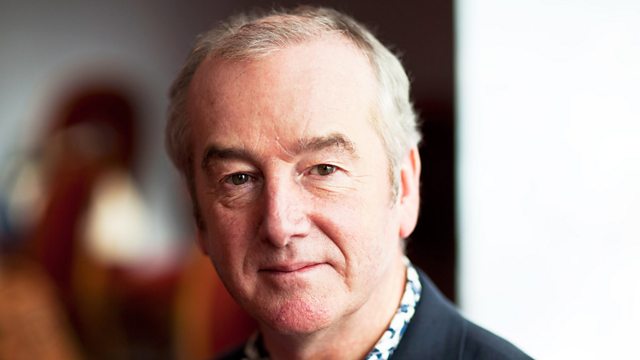 David Almond talks about his novel, Skellig, which is loved by children and adults alike. James Naughtie presents.

David Almond talks about his prize winning novel, Skellig, which is loved by children and adults alike.

Skellig is the story of what happens when a Newcastle boy finds a strange man living in the garage of his new home.

Michael sets out to help the ill Skellig recover. With him is his new unconventional friend Mina, who David Almond says is the star of the book. She introduces Michael to the worlds of nature and evolution, and to William Blake's poetry, his drawings of angels, his views on education. David says that when Mina walked into the book she brought Blake with her.

David Almond's story centres on the imaginations of children - is Skellig an Angel, or perhaps a man evolving into a bird? In the programme, David refuses to confirm either, saying that to him, Skellig is as much of a mystery as he is to the reader.

Recorded at the Lit and Phil Library in Newcastle-Upon-Tyne. James Naughtie presents.

December's Bookclub choice : The Boy with the Top Knot by Sathnam Sanghera.

Sathnam Sanghera - The Boy with the Topknot