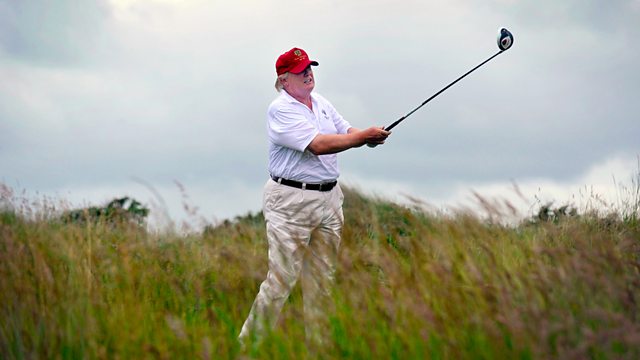 Documentary following a conflict between a group of Scottish homeowners and Donald Trump as the jet-setting tycoon prepares to build a golf resort in Aberdeenshire.

Anthony Baxter's film on the David and Goliath-style conflict between a group of proud Scottish homeowners and American tycoon Donald Trump, as he gets set to build a huge golf resort on an environmentally protected site in Aberdeenshire.

Baxter follows the local residents as they make their last stand in the face of security harassments, legal threats and the loss of their water and electricity supplies. Baxter himself becomes international news after being thrown in jail following an interview with Mr Trump's green keeper.

Told entirely without narration, the film captures the cultural chasm between the glamorous, jet-setting and media-savvy Donald Trump and a deeply rooted Scottish community. For the tycoon, the golf course is just another deal, with a possible billion dollar payoff. For the residents, it represents the destruction of a globally unique landscape that has been the backdrop for their lives.