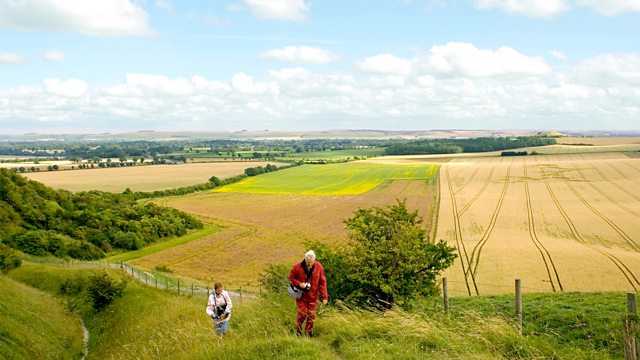 Helen Mark visits Hicks Lodge, a restored open cast mine in Leicestershire, which is now a haven for wildlife, walkers, cyclists and some other more unusual visitors.

Helen Mark visits Hicks Lodge, a restored open cast mine in Leicestershire, now a haven for wildlife, walkers and cyclists and other more unusual visitors. Over 100 different bird species have been recorded at Hicks Lodge, which is run by the Forestry Commission and is situated in young woodlands at the heart of the National Forest.

Helen meets Area Forester, Alan Dowell, to find out more about Hicks Lodge and the various walking routes and cycle trails that are available and joins local cyclist, Marc Stapleford for a bike ride through the site of what is now the National Forest Cycle Centre. Helen also hears from Chief Executive of the National Forest, Sophie Churchill, about the background to the Forest itself which covers 200 square miles of Leicestershire, Derbyshire and Staffordshire. They are joined by retired Geography teacher, Dot Morson, and one of her former pupils, Mark Knight. Both are local residents who have seen the landscape around them transformed over the years. And
Stuart Malcolmson and Racheal Bailey of the National Forest Mushing Team give Helen a lesson in dog sledding - one of the more unusual pastimes to be found on the site of a former open cast mine!