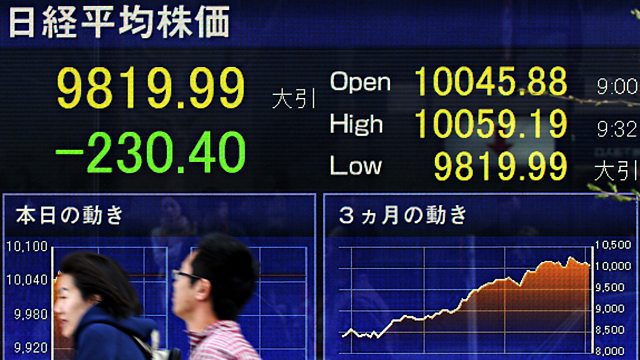 Land of the Rising Sums

Alex Bellos visits Japan to discover why Asian cultures seem so much better at maths than many western countries. From October 2012.

Alex Bellos visits Japan, on a quest to discover why Asian cultures seem so much better at maths and numbers than many western countries. He looks at the cultural difference in the Japanese approach to numbers and asks whether there is something fundamental in Japanese culture that keeps them at the upper end of international numeracy league tables. Alex explores the language used to describe numbers themselves, the songs taught in schools to teach children their times tables, and the passion the Japanese still show for the ancient but foolproof abacus, even in the computer age. He visits the national abacus competition in Kyoto to see the incredible mathematical feats achieved by children as young as 5 and discovers why abacus users actually use a different part of the brain to most people doing mathematical problems, and whether this could be the key to their superior number skills.