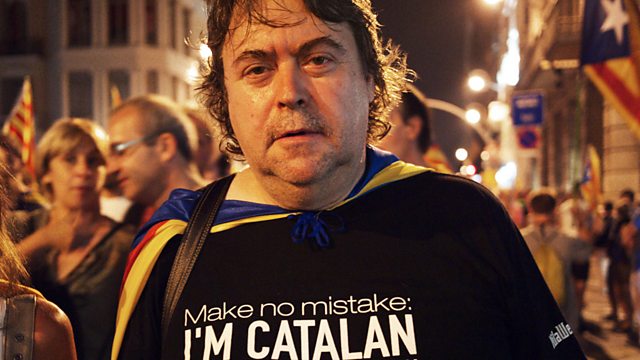 The Invention of... Spain
Episode 1 of 3

Misha Glenny begins a history of Spain in 1492, the year frequently cited as the birth of modern Spain, but behind the national mythology lurks a troubling story of exclusion.

Catalonia, Castille, Galicia and the Basques ... it's been said that many of Spain's problems come from the pretence that she is one country. In The Invention of Spain Misha Glenny explores whether this is true. Three documentaries, from 1492 to 1898, from Columbus to El Desastre, tell the story of the rise and fall of an empire. But they also reveal the fractured state of a nation, both in history and now.

"I can't imagine Spain ever cohering - if it did it wouldn't be Spain." Felipe Fernandez Armesto.

The first programme begins in the annus mirabilis of 1492, when the last Moors in Granada surrendered, Columbus discovered the New World, and an edict was published expelling the Jews. This year is frequently cited as the birth of modern Spain, but behind the national mythology another story lurks. "The birth of this embryonic Spain is rooted in the idea of exclusion," says one contributor, "and that is a very nasty thing to have in your history."