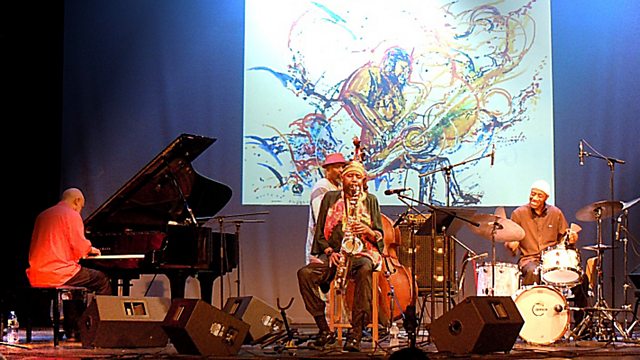 A Tribute to David S. Ware

Jez Nelson celebrates the music of the late David S Ware, with highlights from the saxophonist's 1999 New York quartet session. Plus Planetary Unknown at the 2011 Vision Festival.

Saxophonist David S. Ware died on 18th October 2012. One of the most dynamic players on the New York free-jazz scene over the last thirty years, Ware achieved international acclaim with his quartet during the 1990s; in tribute to his life of music, Jez Nelson presents an exclusive session from that band (featuring Matthew Shipp and William Parker), recorded for Jazz on 3 in 1999.

Following life-saving surgery in 2009, Ware returned to record a series of solo concerts, performances that display his trademark spiritual intensity, and to tour with Planetary Unknown, a band of free-jazz heavy-weights whose 2011 Vision Festival set also features in this programme.