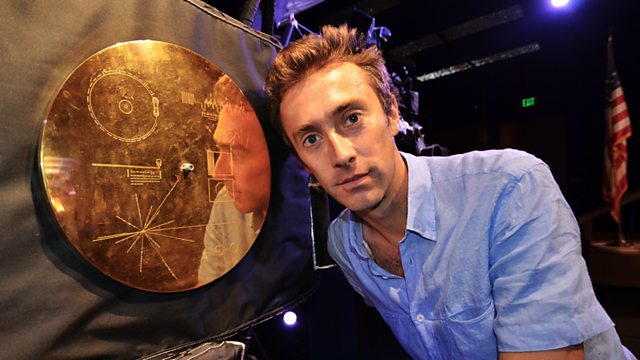 Voyager: To the Final Frontier

Documentary telling the story of the Voyager space mission, as the two spacecraft leave the area of the sun's influence after 35 years and 11 billion miles.

This is the story of the most extraordinary journey in human exploration, the Voyager space mission. In 1977 two unmanned spacecraft were launched by NASA, heading for distant worlds. It would be the first time any man-made object would ever visit the farthest planets of the solar system - Jupiter, Saturn, Neptune and Uranus. On the way the Voyagers would be bombarded by space dust, fried by radiation and discover many of the remarkable wonders of the solar system.

Now, at the end of 2012, 35 years and 11 billion miles later, they are leaving the area of the sun's influence. As they journey out into the galaxy beyond they carry a message from Earth, a golden record bolted to the side of each craft describing our civilisation in case of discovery by another. This is the definitive account of the most intrepid explorers in Earth's history.

See all clips from Voyager: To the Final Frontier (3)

The only two copies ever made are bolted to Voyagers 1 and 2, but you can listen to their sounds and messages online, including greetings from the people of Earth in 55 languages.

Voyager 2 took this parting shot of the crescent Uranus on 25 January 1986.

Voyager: To the Final Frontier is part of the BBC Four Big Science Season. Discover the other programmes in the season below…

Seven Ages of Starlight: A "stunning journey" through the life and times of stars.

Order and Disorder: A two-part series presented by Professor Jim Al-Khalili which tells the story of how humanity mastered the two most important concepts of the modern age - energy and information.

The Final Frontier? A Horizon Guide to the Universe: An in-depth look at science's quest to understand the mysteries of the Universe.

Tails You Win: The Science of Chance: Professor David Spiegelhalter tries to pin down what chance is, revealing how it works in the real world.

Voyager 2 made its closest approach to this beautiful blue planet on 25 August 1989.