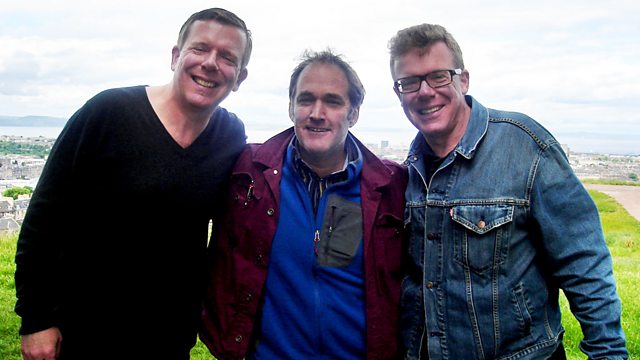 4 Extra Debut. Jonathan Maitland on how The Proclaimers' song 'Sunshine on Leith' became an anthem for a changing city. From February 2013.

On a hill overlooking the Firth of Forth, The Proclaimers perform their song 'Sunshine on Leith', which has become a source of great pride for this Edinburgh district, even becoming the beloved anthem of Hibernian FC.

Leading up to the performance, presenter Jonathan Maitland meets Proclaimers twins Charlie and Craig Reid and discovers the inspiration behind the lyrics and their links to the area. As Maitland reflects on the changes in Leith in the 24 years since the record's release, he also discusses the impact of the song around Edinburgh and beyond.

The journey takes Maitland to Leith Docks to meet Scottish and maritime historian Eric Graham and local expert Susan Morrison, who explain how the docks, once the entry point to the wider world, have now become a symbol of redevelopment and social change in the area.

Jonathan also hears from Hibs FC fans for which the song holds a special meaning, and witnesses the great emotion the song provokes.