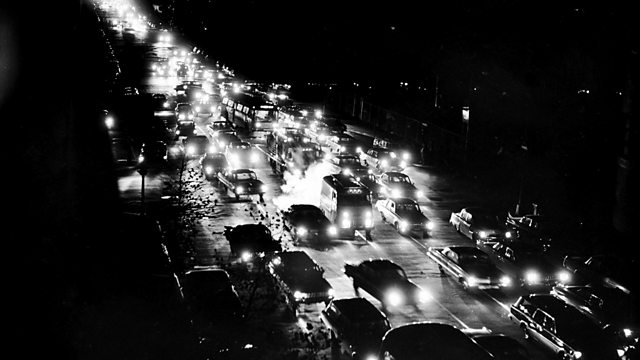 Tales of adventure, transgression and terror in the dark, as Nina Garthwaite switches out the lights for the last programme in this current series.

We hear tales of adventure, transgression and terror in the dark as Nina switches out the lights for the last programme in this current series - Blackout.

The writer Ben Shattuck describes the last reported Jonah-esque trip into the dark, dank belly of a whale and asks - could you ever survive? Grandmaster Caz delves into hip hop mythology and tells the story of how the music came on in the 1977 New York City blackout... after the lights went out. And there are tales of dangerous trips in complete blackness and sparks flying after the lights have tripped.

The items featured in the programme are:
Let's Get it On
Produced by Steve Urquhart

Light at the End of the Tunnel
Produced by Clare Coyne

Swallowed by a Whale
Produced by Martin Johnson

Lights Out
Produced by Delaney Hall

See all clips from Blackout (2)