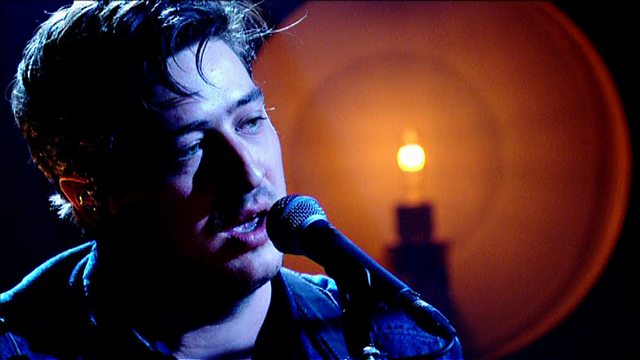 Joining Jools are Mumford & Sons, returning to the show to play tracks from their newly released second album Babel - the follow up to the million-selling Sigh No More. Lisa Marie Presley is also in the studio with tunes from her T-Bone Burnett-produced Storm & Grace set, which features songs co-written with Richard Hawley and Ed Harcourt.

Soul legend Bobby Womack performs numbers from his acclaimed comeback album Bravest Man In the Universe, accompanied by collaborators Richard Russell and Damon Albarn. Completing the line-up are Hackney collective Rudimental, a group of songwriters and producers who rose to prominence earlier this year when their single Feel the Love, featuring singer John Newman, topped the UK chart. And ELO frontman Jeff Lynne is in the studio to chat with Jools about his new album and 40 years of the band.