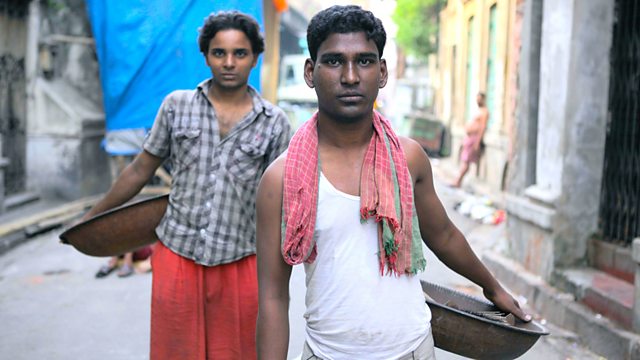 Welcome to India
Episode 1 of 3

Documentary series which explores life in India. It follows two people as they try to carve out homes - one in Kolkata and the other on a Mumbai beach.

Learning how to survive on an increasingly crowded planet is probably our ultimate challenge. But there is one place, home to over a sixth of the world's population, which is already making a good shot at adapting: welcome to India. This extraordinary observational series casts aside the usual preconceptions about the sub-continent, and lets a few of India's 1.2 billion show how their world really works.

With astonishing access into the densest districts of Kolkata and Mumbai, it celebrates the impressive resourcefulness, resilience and absolute pragmatism of those living and working there, and reveals the psyche needed to get ahead in the biggest of crowds.

This follows two main characters as they employ all their ingenuity to carve out a home. With more people moving to cities in India than anywhere else on Earth, securing that place you can call home is vital for nurturing your family's future.

Kaale has come to Kolkata in search of gold - incredibly, he earns a living by sweeping the streets of the jewellery district for stray gold dust. But to fulfil his business ambitions, he must escape his landlord and rent a room of his own. His plan pushes even his resourcefulness to the limit: dredging for gold in Kolkata's drains.

Rajesh and his wife Sevita have created their home on a Mumbai beach after their controversial love marriage. They support their kids' future with some impressive improvisation, including running their house as a makeshift beach pub selling cane liquor. But then eviction by the Mumbai council threatens their home for good.

See all episodes from Welcome to India