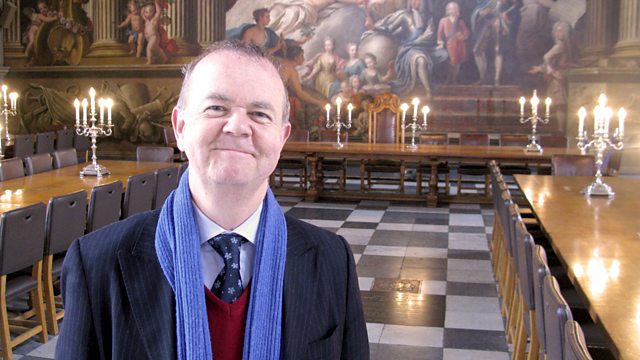 Ian Hislop investigates Britain's emotional history. He charts how and why the stiff upper lip emerged in the late 18th and early 19th centuries.

Ian Hislop asks when and why we British have bottled up or let out our feelings and how this has affected our history.

Revealing as much about ourselves today as about our past, this is a narrative history of emotion and identity over the last three hundred years, packed with extraordinary characters, fascinating vignettes and much humour, illuminated through the lens of culture - novels, paintings, magazines, cartoons, film and television - from which Ian gives his personal take on our evolving national character.

Far from being part of our cultural DNA, emotional restraint was a relatively recent national trait. Foreigners in Tudor England couldn't believe how touchy-feely we could be - 'wherever you move there is nothing but kisses' wrote a shocked Erasmus. In this opening episode, Ian Hislop charts how and why the stiff upper lip emerged in the late 18th and early 19th century in a country till then often awash with sentiment.

In 18th-century British society, public emoting was a sign of refinement and there was a vogue for all things sentimental. It was very much the done thing for women and men to weep at Samuel Richardson's novels or have Johann Zoffany paint their portraits to highlight their tenderness and sensitivity. But Ian reveals that a new idea - politeness - paved the way for the emergence of the stiff upper lip by prizing consistency of behaviour over emotional honesty. To illustrate this he plunders the candid diary of James Boswell, an aspirational young Scot plagued with anxieties about how far he should show his feelings in fashionable London.

Ian also tells the story of early feminist Mary Wollstonecraft, who famously argued that women's heads should rule their hearts, but failed to practise what she preached when she fell in love with a dashing but dastardly American.

Ian argues that, strange as it may seem, we have the French to thank for our stiff upper lip - the horrors of the French Revolution and the threat from Napoleon teaching the British ruling classes just where rampant emotional expression might lead. Instead, the new breed of British heroes became men with admirable self-control, like Jane Austen's Mr Knightley, who famously tells Emma 'If I loved you less, I might be able to talk about it more.'

This was a time of profound transition for Britain - and how it expressed its feelings - which Ian encapsulates with the tale of two national heroes - Nelson and Wellington. Admiral Nelson was the last 18th-century buccaneering adventurer - flamboyant, philandering, a man whose shameless sentimentality bolstered his huge popularity. His death-bed plea for an embrace from his best friend was so shocking to the Victorians a generation later that they changed 'kiss me, Hardy' to 'kismet'. By contrast, the Iron Duke, Wellington, was the prototype for the cool, calm and collected Brit. And it was Wellington, not Nelson, who would become the pre-eminent role model for the Victorians.

As Ian tracks the emergence of the stiff upper lip, he finds himself playing cricket on the Champs Élysées and discovers some 200-year-old merchandising David Beckham would be proud of. Along the way AN Wilson, Thomas Dixon and John Mullan help Ian get the measure of how our upper lips stiffened.