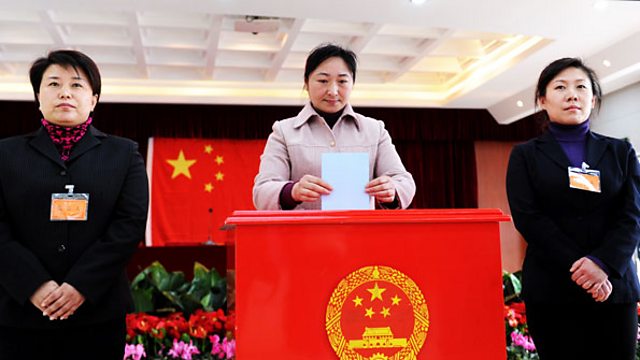 Presented by Jenni Murray. Shy children: How do parents help their shy children without making an issue of it? And on the other hand, is being shy really a problem?

Shy Children - what's a parent to do? Everyone knows about the loud and disruptive children at school. But more often in the majority are the shy, anxious children who are quiet and find it hard to fit in and make friends. They don't contribute in class and often fail to thrive and learn. They often get overlooked by teachers. This pattern can carry on at secondary school and makes them more vulnerable. How do parents help their shy children without making an issue of it? And on the other hand, is being shy really a problem?

It only changes once a decade but China is deciding its new political leadership to be installed within a month. Currently just nine men hold the nexus of power over the world's second largest economy but seven of those men have to stand down this time. Will China's transition of power at the top signify any real change for Chinese women ?

On the 25th anniversary of The Pankhurst Centre in Manchester, Jenni talks to Dr Helen Pankhurst, great granddaughter of Emmeline, and granddaughter of Sylvia, about her childhood in Ethiopia, her career in international development, taking part in the Olympics Opening Ceremony, and taking forward the Pankhurst legacy in 2012.