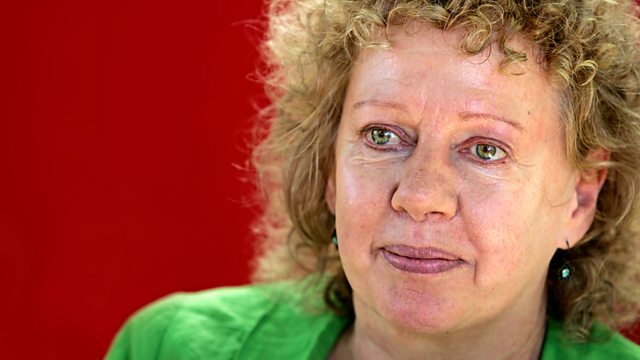 Michael Berkeley's guest on Private Passions is the novelist and short story writer Michele Roberts. The child of a French mother and English father, she was brought up and still divides her time between the two countries. She studied English at Oxford University, worked for the British Council, and then became a writer. She is currently Emeritus Professor of Creative Writing at the University of East Anglia.

She is the author of twelve highly acclaimed novels, including 'Daughters of the House' (1992), which was shortlisted for the Booker Prize and won the W H Smith Literary Award; 'Flesh and Blood' (1994), 'The Looking Glass' (2000), 'Reader, I Married Him' (2005), and her latest novel, 'Ignorance' (2012), a war-time novel set in France. She has also published a memoir, 'Paper Houses', dealing with the themes that inform her novels - love, feminist ideals and the legacy of her Catholic upbringing; and a collection of short stories of sex and love, entitled 'Mud' (2010).

Music has always played an important part in Michele Roberts's life, and her choices begin with Bach's Magnificat and continue with an aria from Handel's cantata 'Donna, che in ciel di tanta luce splendi', in praise of the Virgin Mary. Michele says she wanted to be a nun as a teenager, and became fascinated by female mystics and saints, including Hildegard of Bingen. She loves Kathleen Ferrier's voice, singing Handel's 'O Thou that tellest good tidings to Zion', which she finds very comforting. She also appreciates the voices of Alfred Deller, Jacques Brel and Bob Dylan, as well as an Italian women partisans' song, Bella Ciao, which appeals to her republican sympathies, and the Portuguese fado singer Mariza. Her choices end as they began, with Bach.