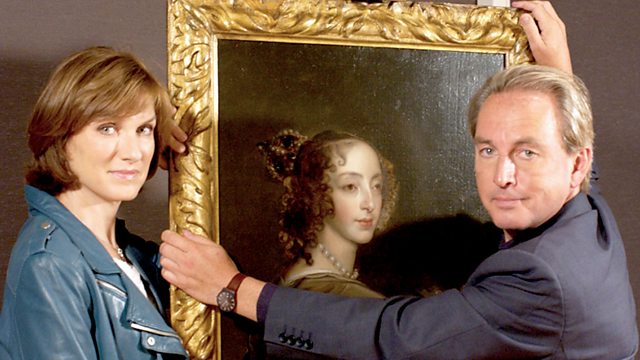 Van Dyck: What Lies Beneath

Fake or Fortune? Series 2
Episode 3 of 3

The tables are turned on art detective Philip Mould as one of his own purchases - a painting by Sir Anthony Van Dyck - is put under the microscope.

Art detective Philip Mould has a reputation for finding sleepers - paintings that hide dark secrets. His most remarkable finds are pictures whose true authorship has been confused, masterpieces lost beneath years of dirt and over-painting. Although Philip is used to investigating other people's paintings, this time the tables are turned as Philip's own purchase is put under the microscope.

With his keen-eyed researcher Bendor Grosvenor, Philip has bought a painting that he says could be the find of a lifetime - a work by portrait painter Sir Anthony Van Dyck, one which is worth a small fortune. The only problem is that, in order to prove it, he will have to remove later layers of paint to uncover the truth. "It's a bit like open heart surgery," says Philip, as the expensive and irreversible process begins.

A thorough restoration is needed, and inches of canvas are cut away as an earlier image begins to appear. Fiona is not convinced, and insists that the work undergoes a thorough investigation and is authenticated by an independent Van Dyck expert. Will Philip's reputation and the painting make it to the end of the journey unscathed?

Turner: A Miscarriage of Justice?—Series 2