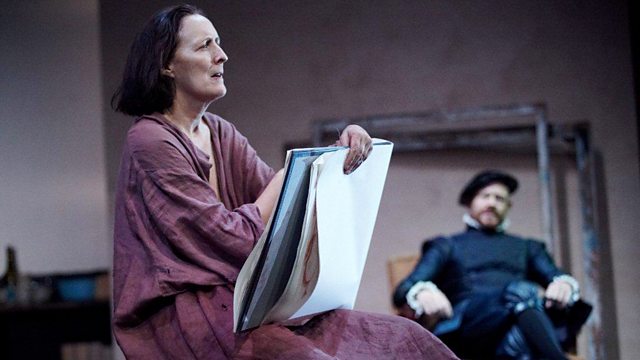 Tom Sutcliffe and his guests Deborah Moggach, James Runcie and Deborah Bull review the week's cultural highlights, including The Perks of Being a Wallflower.

Stephen Chbosky's film The Perks of Being a Wallflower is adapted from Chbosky's best-selling novel and stars Logan Lerman as Charlie - a shy, bookish boy re-entering school after suffering a nervous breakdown. His anxieties and loneliness are assuaged by a sympathetic English teacher (Paul Rudd) and outsiders Patrick (Ezra Miller) and Sam (Emma Watson).

Harry - the narrator of A.M. Homes' novel May We Be Forgiven - is a history professor whose life goes into meltdown after his brother George is involved in a car accident. Finding himself responsible for two children, a dog and a cat and facing unemployment, Harry's forays into internet sex only make his life more complicated.

Fiona Shaw stars as 16th century Venetian artist Galactia in Howard Barker's play Scenes From an Execution at the National Theatre. When Galactia is commissioned to create an epic painting commemorating the Battle of Lepanto she finds herself at loggerheads with the Doge (Tim McInnerny) when she produces a scene of butchery rather than a canvas that celebrates a military triumph.

Arena: Magical Mystery Tour Revisited is a documentary that tells the story behind the Beatles film that was first seen on BBC1 on Boxing Day 1967. The audience's reaction at the time was very mixed with plenty of bemusement and fury from the older generation. The documentary is being shown on BBC2 along with the original film