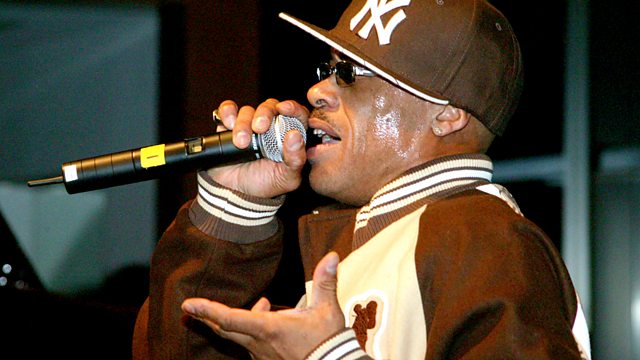 The Story of Guru

1Xtra pays tribute to Guru, the MC, member of Gang Starr and pioneer of jazz-inspired hip hop, whose untimely death is still shrouded in controversy.

Keith Edward Elam was known to the world as Guru - Gifted Unlimited Rhymes Universal. He made his name as one half of the legendary hip-hop duo Gang Starr and went on to reinvent the genre by fusing jazz with hip-hop in his widely acclaimed Jazzmatazz project.

But this dazzling musical success is just part of his story...a story that ended in tragedy and controversy.

In a unique programme, BBC Radio 1Xtra exclusively hears from Guru's family, his Gang Starr partner DJ Premier, the stars who worked with him, and Solar, his last business partner, who would be at the centre of the claims and counter-claims surrounding the rapper's untimely death.

The story starts in Boston and Guru's father, brother and sister help tell of his growing up there as the son of a judge. Original Gang Starr member Big Shug explains how he taught this well-educated, middle-class kid to rap and of Guru's move down the coast to the birthplace of hip-hop, New York.

DJ Premier, rapper Common and Radio 1 and 1Xtra's Trevor Nelson will all talk about working with Guru, giving listeners an insight into his rhymes, the music, the man and his character. Radio 1Xtra's DJ Semtex and Benji B will study Guru's lyrics, style and delivery, looking back at when they first encountered Gang Starr, the group's early impact on hip-hop, and how Guru's Jazzmatazz series would cement his place as a musical innovator.

It was while moving back and forth between Gang Starr and Jazzmatazz projects that Guru would first meet the producer Solar. Although Gang Starr never officially split, Guru announced his next musical project would see him work with Solar and they went on set up their own label. It is from this point that The Story of Guru becomes disputed.

In this programme we'll explore how DJ Premier and members of his family began to feel distanced from Guru, struggling to maintain communication with him. Even so, Guru was busy with Solar, making music and playing live. But when Guru was diagnosed with cancer, the real problems started.

While Guru lay in hospital his family claimed that Solar banned them and long-term friend DJ Premier from visiting him. Guru's nephew posted a very public video on YouTube entitled "Guru. The True Story behind hospital and coma" in which he asked people to help him and his family gain access to his uncle, referring to Solar as "manipulative." However, Solar says he was doing what Guru told him to and so it was Guru who chose who he wanted to visit him.

The situation peaked when Guru died on 19th April, 2010. Solar released a statement, which he says was written by Guru himself, which shocked family, friends and fans alike. Not only did it ask Solar's family to look after Guru's son, but it also requested his "ex-DJ" Premier to dissociate himself from Guru's name. Many believe this letter to have been penned by Solar himself, it caused outrage among many who knew Guru, and in this programme we'll hear both sides of the story.

Irrespective of the drama, or rights and wrongs of what happened in those final days, no one can dispute that Guru was an incredible artist. He left fans with ten albums to enjoy, including massive hits like 'Full Clip', 'Just To Get A Rep', 'Moment of Truth' and more.

This programme will celebrate the music Guru left behind and try to solve some of the mystery surrounding his untimely death.

The Story of ODB—Gone Too Soon: Series 2