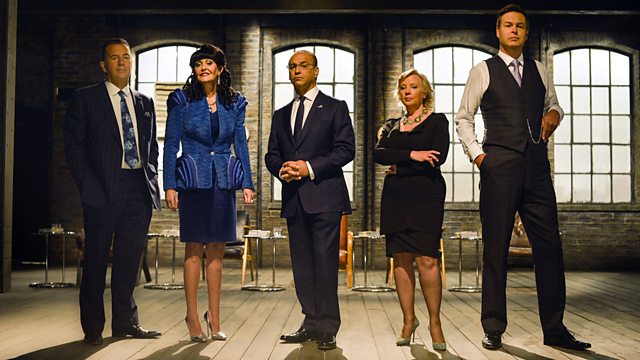 Series in which budding entrepreneurs pitch business ideas to multimillionaires. The pitchers include a horror story writer and two sisters who first appeared in the Den in 2005.

Eight more intrepid entrepreneurs brave the Den hoping to gain a major cash boost for their business idea. It's a tense place to pitch with so much at stake, and these Dragons are famously hard to impress. The hopefuls will need to hold their nerve if they wish to succeed in getting the investment they require to take their business to the next level.

A horror story writer attempts to scare the Dragons into investing, but doesn't quite get the reaction he expects; in fact it's a reaction never before seen in the Den. There's a blast from the past as two Mancunian sisters who first walked up those infamous stairs back in 2005, are now asking for investment in their new gluten-free oriental dipping sauce range, but will it be a case of better luck second time around? And with the kids all back at school, two friends hope now is the right time for investment in their innovative children's backpack designs - have they got what it takes to part five of Britain's most successful business men and women from their hard-earned cash?

Also pitching to the multimillionaire investors is a Northern Irish inventor with his unique range of wearable luggage, and love is in the air when two Dragons tie the knot using a rather unusual vending machine.

See all episodes from Dragons' Den