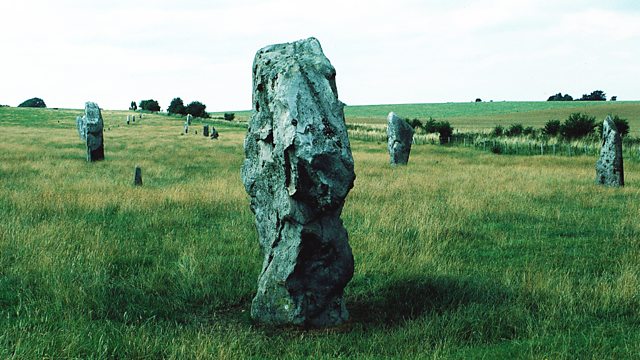 Happy Days - The Children of the Stones

4 Extra Debut. Comedian Stewart Lee explores the 1970s television series Children of the Stones, a story of mystery, excitement and terror. From October 2012.

Writer and comedian Stewart Lee explores the ground breaking television series Children of the Stones and examines its special place in the memories of those children who watched it on its initial transmission in a state of excitement and terror.

In 1977 HTV launched the revolutionary children's television drama telling the story of an astrophysicist and his son who arrive in the village of Milbury to study ancient stones. The residents greet each other with the phrase 'Happy day' and the community is held in a strange captivity by the psychic forces generated by the circle of giant Neolithic stones which surround it.

Filmed at Avebury in Wiltshire, it is a strangely atmospheric production with the baleful, discordant wailing voices of the incidental music increasing the tension.

The story, involving a temporal paradox and issues of individuality and community assimilation thematically challenged the after-school audience, which included Stewart Lee.

In this documentary Lee returns to Avebury to discuss the serial's impact, examine its influence on him and explore the history and secrets of the ancient stones.

1970s kids may have dived behind the sofa during Doctor Who, but it was Children of the Stones that gave them nightmares.

The series is frequently cited by those who remember it as one of the scariest things they saw as children.