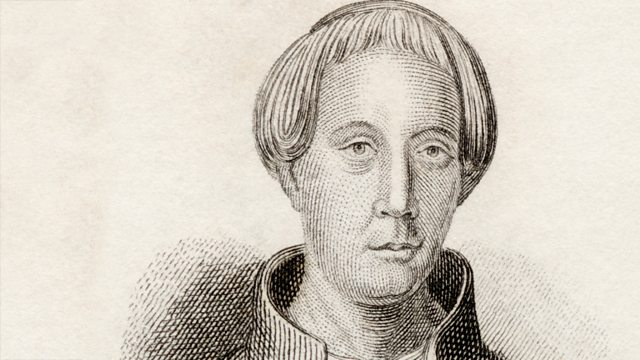 Melvyn Bragg and his guests discuss the medieval scholar Gerald of Wales, the author of colourful and influential works about his journeys around Ireland and Wales.

Melvyn Bragg and his guests discuss the medieval scholar Gerald of Wales. Born around the middle of the twelfth century, Gerald was a cleric and courtier. For much of his life he was close to Henry II and the Church hierarchy, and wrote accounts of official journeys he made around Wales and Ireland in their service. Both Anglo-Norman and Welsh by parentage, he had a unique perspective on the political strife of his age. Gerald's Journey Around Wales and Description of Ireland are among the most colourful and informative chronicles of the Middle Ages, and had a powerful influence on later historians.