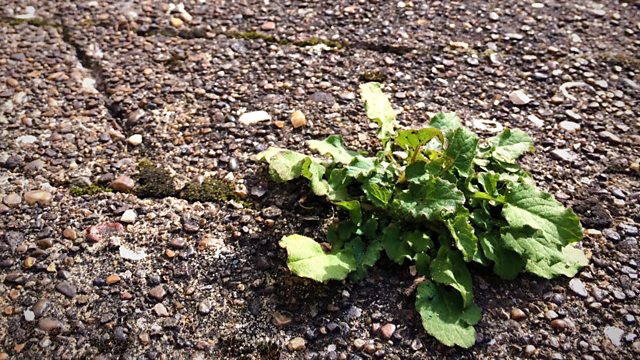 Where Have All Our Gardens Gone?

Urban Britain is paving over its front gardens. Lawns, hedges and hollyhocks are being replaced by tarmac and carports. Jheni Osman investigates the impact on city wildlife.

Urban Britain is paving over its front gardens. Lawns, hedges and hollyhocks are being replaced by tarmac and car ports. Each garden may be tiny, but with over 50 million front gardens in the UK, the numbers really add up. It's an environmental problem, quite literally on our doorsteps, and Jheni Osman is finding out what can be done about it.

In Ealing, West London, Jheni meets Leigh Hunt, Horticultural Adviser to the RHS. He reveals that according to their statistics a quarter of all gardens in the UK are now completely under the asphalt. Added together, these tiny patches of grey contribute to many environmental problems - flash floods caused by rain run-off; the 'urban heat island' effect from bricks and mortar which act like storage heaters; and the loss of all-important wildlife corridors for the birds and bees of the cities.

Meanwhile, up in the North of England, Jheni takes a look at how it SHOULD be done. With Horticulturalist Nigel Dunnett, she takes a walk around green and lush suburban Sheffield and spots innovative planting solutions to the problems of urban paving. Nigel tells her about the devastating floods which swept through Sheffield in 2007, and donning her hard hat, Jheni takes a look at the city's ingenious response to the disaster - a radical transformation of a former dual carriageway into a 1.3 kilometer green-way and 'Rain Garden'.

Back in Bristol, Jheni visits two examples of the trend being bucked. A thriving bat colony roosting in an urban garden is a haven for all sorts of wildlife, and a communal planting scheme which is transforming the hard grey of the city centre into a food-growing paradise, complete with runner-beans and sweetcorn.

Perhaps there is hope for our gardens yet.

Produced in Bristol by Emily Knight.