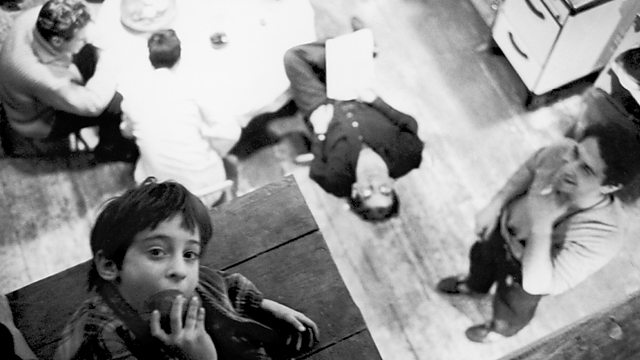 After the Gold Rush - The Poetry of California

Dana Gioia traces developments in Californian poetry since the Beats in the 1950s, focusing on language, and ecological and Hispanic poems.

California is the richest, most populous state in America. An economic and technical powerhouse it has also been the engine of artistic development, especially in poetry. The Beats of the 1950s spring to mind - Allen Ginsberg first read 'Howl' in San Francisco. Since then many radical ideas pioneered in California have become familiar - Environmentalism, Gay Liberation, the personal computer.

In 'After the Gold Rush' Dana Gioia traces how these are reflected in California's poetry. One of America's leading poets and essayists, Gioia was Chair of the National Endowment for the Arts in the George Bush years, before returning to his native California to write. He has won the American Book Award, and has just published his fourth volume of poems, 'Pity the Beautiful'.

Gioia listens to poems by, and talks to, Kim Addonizio, who writes freely about sex, in strict sonnet form; Francisco X. Alarcon, for whom Spanish is as important as English; Al Young, the African-American poet who became the state's laureate. He hears from the great science-fiction writer Kim Stanley Robinson and historian Kevin Starr, about the impact of California's landscape on its writers.

He finds that recent developments owe much to what went before, before the Beats, right back to the Gold Rush of the 19th century. People still come to get rich but San Francisco is now one of the most competitive places in the world and no one comes to drop out. Gioia wonders what the impact of this will be on Californian poetry and meets Dan Stone, a brave or foolhardy young writer who has just launched a new magazine of literature and Rock and Roll. Music by Californian artists, from John Adams to Tom Waits, is woven through Gioia's exploration of the poetry of California.

A Social History of the Piano