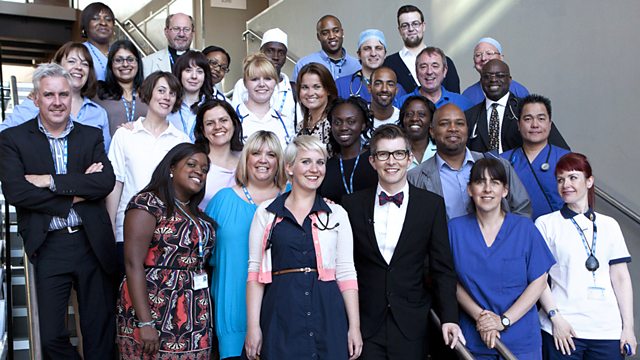 The Choir Sing While You Work
Episode 1 of 6

Gareth Malone tries to create choirs from the staff at some of Britain's busiest workplaces. He visits Lewisham Healthcare NHS Trust to set up the first choir.

Following the success of The Choir: Military Wives, Gareth Malone is back and this time he wants to get staff in some of Britain's busiest workplaces singing while they work. Travelling across the country, he sets out to create four unique choirs in four very different organisations, which will then sing head-to-head in a contest to find his best workplace choir.

Gareth is at Lewisham Healthcare NHS Trust to set up the first of his four choirs from the doctors, nurses and porters at one of London's busiest hospitals. But as the staff come together, the song Gareth chooses for them to sing proves challenging in a way that he wasn't expecting.

Royal Mail Bristol—Sing While You Work