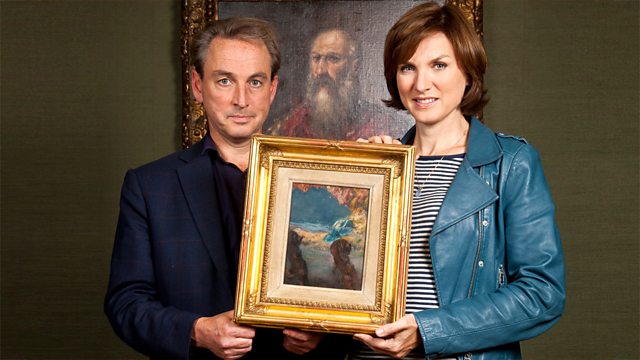 Degas and the Little Dancer

Fake or Fortune? Series 2
Episode 1 of 3

Fiona Bruce and Philip Mould investigate a painting believed by some to be a work by Edgar Hilaire Degas. Will they bring its owner life-changing news?

Inheriting a work of art by one of the great Impressionist masters should be a joy, but for Patrick Rice it was a mixed blessing. His small oil painting depicting a ballet dancer on stage has always been thought to be a work by Edgar Hilaire Degas. Unfortunately, since the 1970s, experts have not agreed. The painting, which could be worth around half-a-million pounds if it is a Degas, is currently worth £200. In a last ditch attempt to discover the truth, Patrick and his son Jonathan ask Fiona Bruce and Philip Mould to handle the case.

Although bought as a Degas from a reputable London dealer in 1945 by Patrick's father, the painting, titled Danseuse Bleue et Contrebasses, failed to make the official record of Degas, the catalogue raisonne. As far as auction houses and experts are concerned, if it's not in the catalogue then it's not by Degas, and cannot be sold as such. Fiona and Philip follow the painting back through time to try to prove that it was created by one of France's greatest painters. It is a journey that takes them to Paris, Hamburg and Berlin. Could the picture be a fake created, like many others, amidst the chaos of World War Two? Or will the scholars responsible for authentification bring Patrick and his family life-changing news?

Turner: A Miscarriage of Justice?—Series 2

See all clips from Degas and the Little Dancer (2)