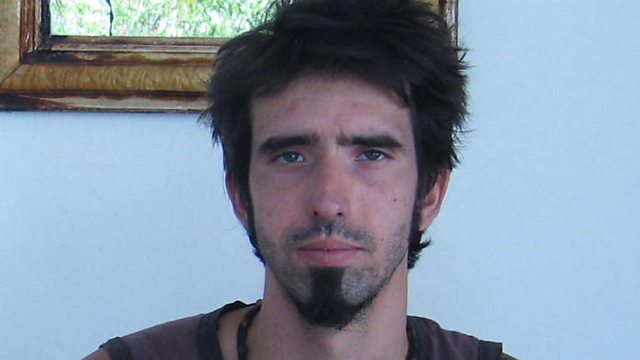 4 Extra Debut. Jolyon Jenkins explores the story of the Spanish toddler chosen by the Dalai Lama as a reincarnated Tibetan lama. From September 2012.

The extraordinary story of Osel Hita Torres, the Spanish boy who was chosen by the Dalai Lama as the living reincarnation of a great Buddhist lama, or teacher. Jolyon Jenkins goes to meet him in Ibiza, where he now lives, having turned his back on his epic destiny.

In 1987, when he was just two years old, Osel Hita Torres was whisked from his family home in Granada and moved to a monastery in southern India. He had a strange childhood, dressed in a yellow hat, seated on a throne with grown men worshipping him and watching his every move as he grew up. He was separated from his parents and his brothers and sisters for many years.

But at the age of 18 Osel decided to leave the monastery, and cut his ties with Buddhism. He went to high school, and later to film school in Madrid. His defection caused a sensation. He is now 27, and living quietly in Ibiza near his mother Maria. She is a committed Buddhist who still believes that her son is a reincarnation and that it was right to send him to the monastery. Osel has now decided to get involved in Buddhism again, and continue his studies, although he refuses to call himself a lama. Despite his years in the monastery, he is very much a westerner. To his followers, however, he's still known as Lama Osel, and every word he utters is considered to be imbued with wisdom. They want him to return and lead them.

Music featured in the programme - Yang Chen Ma by Ludo Ji, from the CD Organic Nasha.