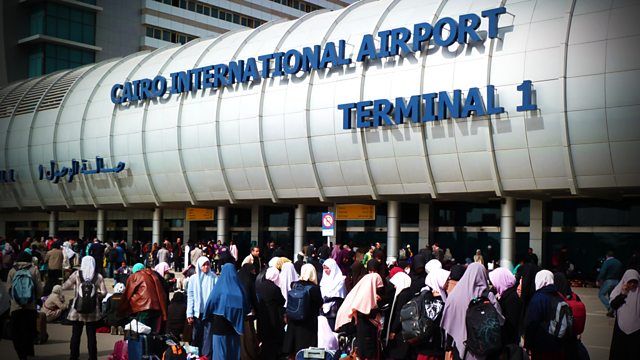 By Hannah Khalil. Amira, a student in London, is taking some paintings to an exhibition back home in Gaza. But she cannot seem to get out of Cairo airport.

Amira, a student in London, is taking some drawings to an exhibition back home in Gaza. But when she lands at Cairo airport, she can't seem to get any further...

The Deportation Room is based on the testimony of people travelling in or out of Gaza who have spent time in a waiting room at Cairo airport.

In 2011, playwright Hannah Khalil had a chance encounter with a Palestinian who had spent several days in a room underneath Cairo airport on his way back to Gaza. It became clear that whilst the room was well known amongst Palestinians, there was very little evidence of its existence. Little by little, Hannah found people who agreed to be interviewed about their stay in the room. The Deportation Room is a dramatised account of a fictional young woman's journey back to Gaza, with verbatim accounts from people who have stayed in the room, performed by actors.

Thanks go to Aser El Saqqa, Laila El-Hadad, Ruba Monzir and to others interviewed who asked to remain anonymous.

The Beat Goes On