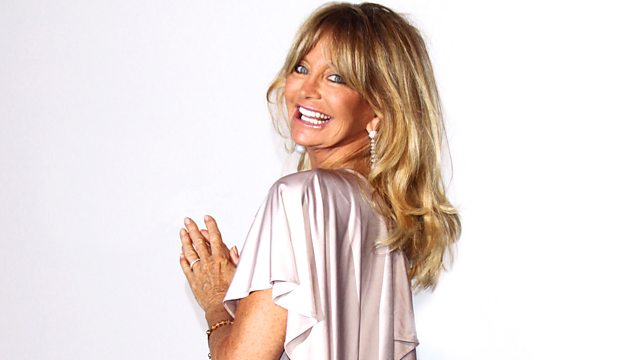 Goldie Hawn, Oscar-winning Hollywood actress, is interviewed by Kirsty Young for a new series of Desert Island Discs. She chooses her eight discs to take to a desert island.

Like most things in Tinseltown the image is somewhat at odds with the reality. Goldie is an Academy Award winner and producer who's been on the A list for 40-odd years, starring alongside Peter Sellers, Walter Matthau and Woody Allen. She's now transmuted from fantasy pin-up to best selling author - she writes parenting manuals and spearheads a childhood learning initiative.

She tells Kirsty about her journey from dancing in sleazy go-go bars to bagging an Oscar, how she coped with the difficulties her early success brought her and how she met her husband of 29 years, Kurt Russell.